(BWF) Project work has finally started and we are now getting to know checking out our future test sites: The Nordkette near Innsbruck and the Bike Park at Mutterer Alm.

Already in summer we did some laser scans on one of our test sides, to get the digital elevation model in summertime. It is planned to install a permanent laser scanner on this test side, which would deliver us information before and after an avalanche was released.
By comparing laser scans from summer and winter we can get information about the snow height in the area.
By comparing laser scans before and after the avalanche, we can identify the release and deposit area and the overall volume that was moved. 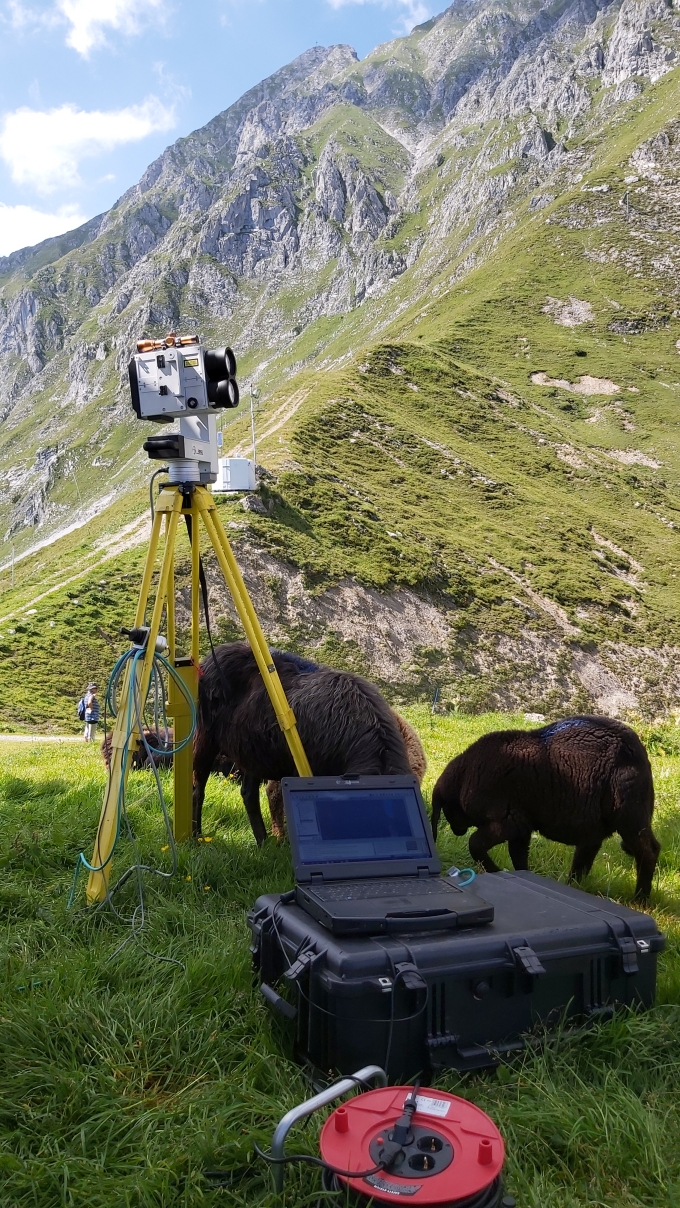 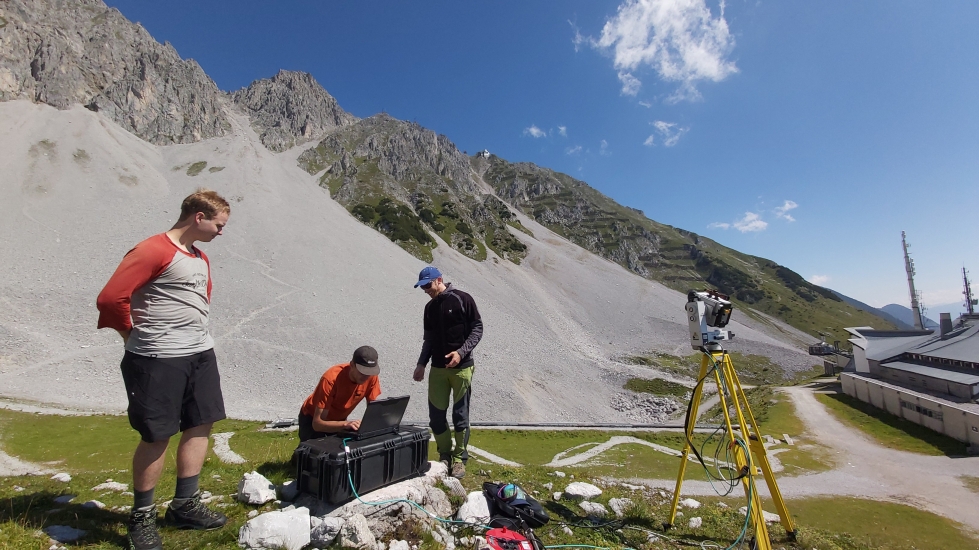 Before we throw our sensors in avalanches, we will try them on real conditions in a bike park. This means we equip a rider with the sensors and let him jump over obstacles. By this we will get datasets on rolling, flying and impact phases, which we also see in avalanches. Due to the controlled environment and the possibilities of capturing the run of the rider with video drones we will try to process the data and get the real trajectory of the rider. This is a great possibility to check if the sensors and the processing algorithms work as we wish. 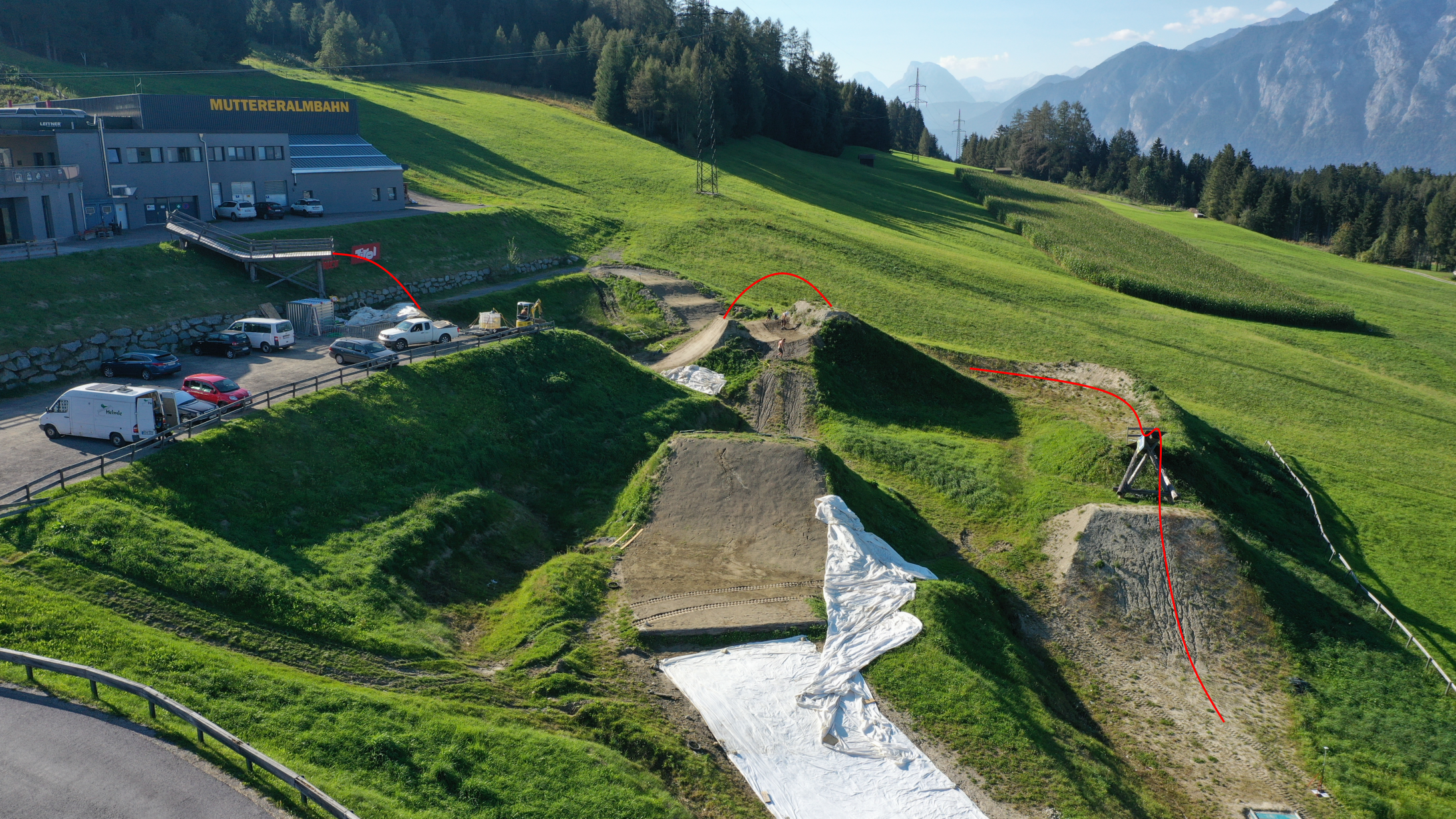 For the beginning of this measurement campaign we had to get a 3D Modell of the Slopestyle Course. For this we used a DJI Mavic II which delivered us pictures of the bike park. Via photogrammetry we can then get the digital elevation model out of it. 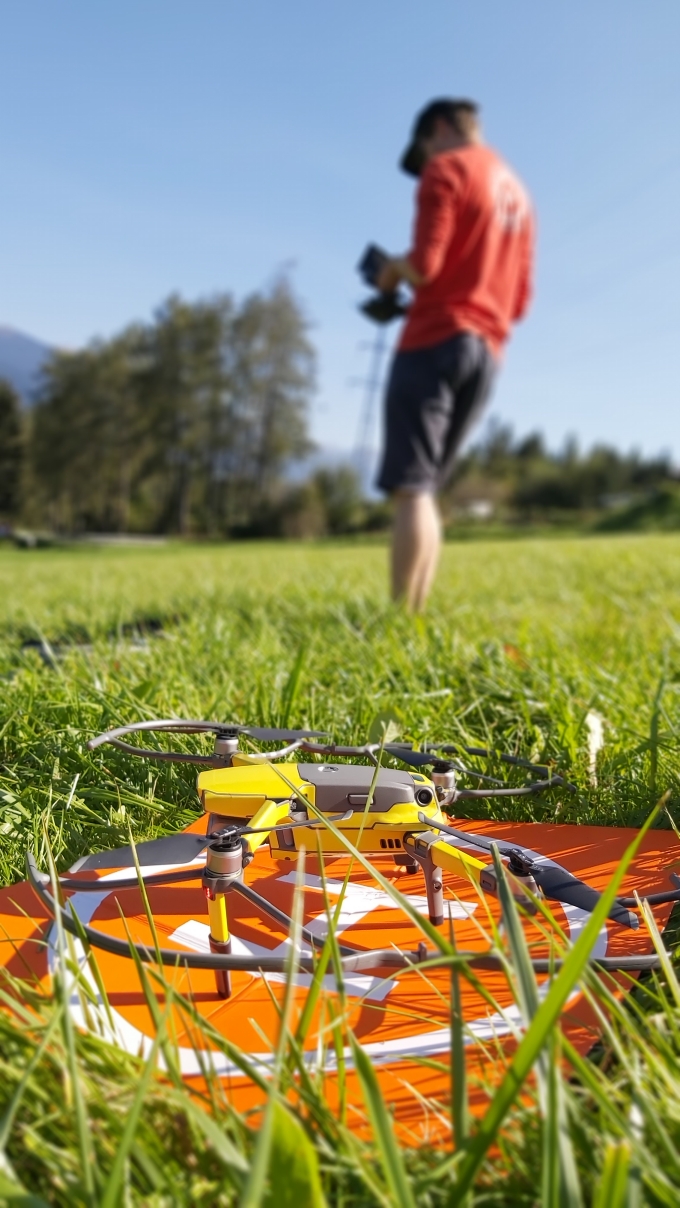 First look at the Point Cloud:

What's on this Page