In April 2021 we did some field experiments, in Kühtai (Tirol), regarding the influence on snow on the GPS reception. Because the GPS data from the field experiments in March looks really promising, we want to know more about how much we can trust this data, when our AvaNode is buried in the avalanche. 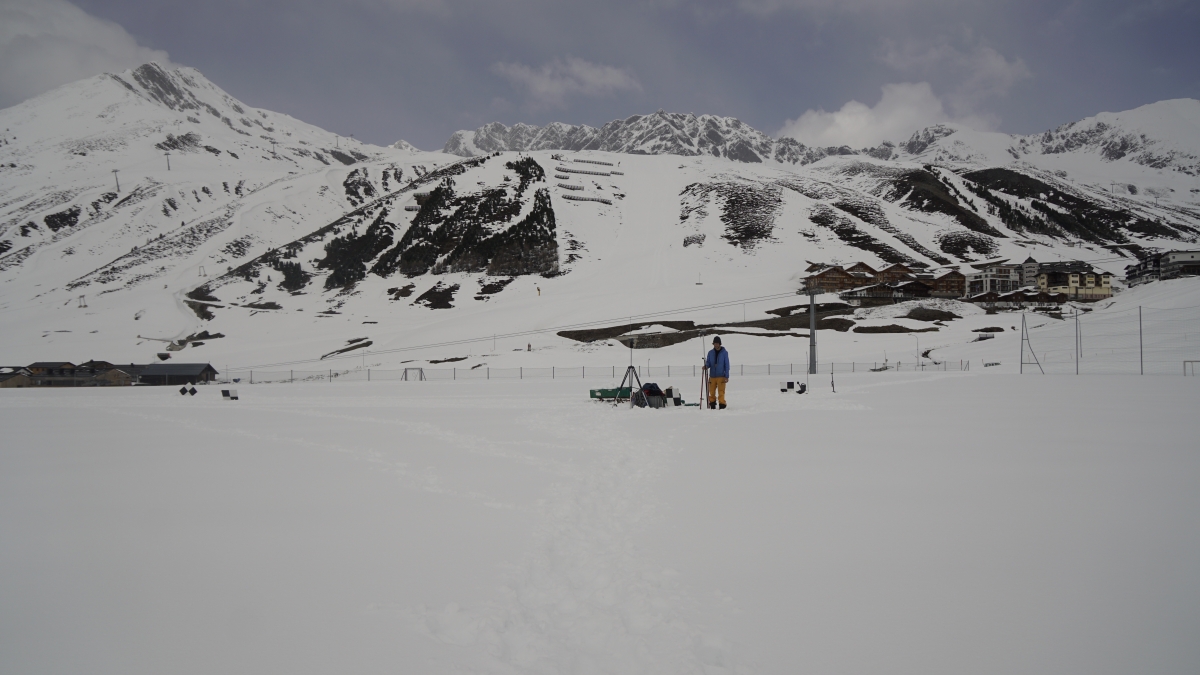 As a test site a football field close to ski area Kühtai was chosen. There was still a snowpack of 1.2 m meters which offered us perfect conditions to conduct several experiments.

For the static test the AvaNode was buried at multiple depths while recording measurement data. To verify the position a rtk gnss system was used.

Afterwards we did some dynamic test, to identify how the snow coverage and the water content influences the velocity determination.
For this test we defined a route between multiple points. This route was then followed multiple times with the AvaNode sitting on a sled. Several burial depths were achieved by stacking boxes filled with snow around the AvaNode.

What's on this Page